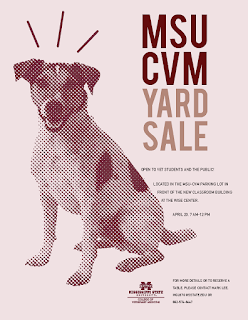 The vet school yard sale happening tomorrow, April 23, from 7a.m. – 12p.m.! See attached flyer for more details. There will be lots of items for sale, and we hope that you will come on out to browse and shop.  There will also be baked goodies for sale, with all profits to benefit Safe Haven and Care Lodge. 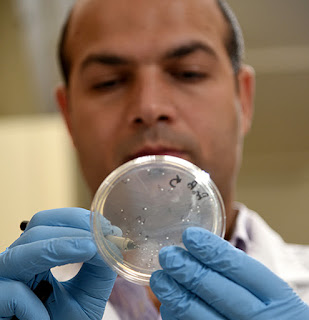 STARKVILLE, Miss. -- Researchers at the Mississippi State University College of Veterinary Medicine pioneered a technique that can help advance the study of one of the deadliest foodborne bacteria in the United States.
Listeria monocytogenes, the bacterium that causes listeriosis, ranks No. 3 among the top five domestically acquired foodborne pathogens that cause death, according to 2011 estimates by the Centers for Disease Control and Prevention.
MSU researchers developed a faster, more efficient method of performing genetic studies of listeria, which will help scientists worldwide find ways to better control the pathogen and treat those who become ill from the bacterium.
“The study of these bacteria is important because listeria can survive most of the sanitation procedures and conditions that kill other foodborne bacteria,” said Dr. Mark Lawrence, a professor in the Department of Basic Sciences at the MSU College of Veterinary Medicine. “We know it can grow at refrigeration temperatures and can live in high and low acidity. It has a great ability to adapt. 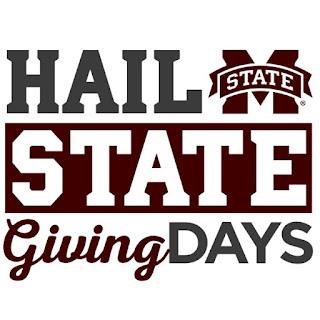 Are you looking for a simple but yet effective way to help promote the College of Veterinary Medicine? Consider becoming an ambassador for our upcoming #HailStateGiving Days-MSU’s philanthropy event happening on April 18-19, 2016!
Being an ambassador simply means that you promote, encourage, share, and give any amount to VETS for VETS during this 48-hour event. The purpose of this effort is to raise awareness of VETs for VETS and to encourage fellow bulldogs and friends to become engaged with the CVM. Our goal is to have at least 30 donors participate in 48 hours. Thank you for your willingness and enthusiasm! Vets for Vets is an exciting program designed to help the community while improving animal health by providing rehabilitation care for retired military dogs and police dogs.


If you would like to sign up, please contact Melissa Montgomery at mmontgomery@cvm.msstate.edu or 662-325-5170. She’ll give you instructions on how to promote Vets for Vets through social media sites. Participants will receive a Hail State Giving Day t-shirt and a surprise gift.


To support this program, visit Hail State Giving Days today
For more information on the Vets for Vets program watch this short video.


Vets for Vets is designed to improve the community and improve animal health by providing rehabilitation care for retired military dogs and police dogs.

Vets for Vets began when Army Captain Teri Vaughn, a veterinarian and graduate of Mississippi State University College of Veterinary Medicine and second year veterinary student, Courtney M. Griffin and  the CVM Class of 2018 recognized the need to support canine veterans following service. They were familiar with charitable programs that support currently deployed military working dogs and their handlers, but not aware of any with an emphasis on canine veterans.

Most former service dogs with degenerative joint tissue can benefit from regular physical therapy. MSU-CVM offers treatment and rehabilitation through a team approach. Dogs enrolled in the program are evaluated and then they begin the rehabilitation regimen.

CVM students observe the process as part of their academic training and some help with the treatments, including laser therapy and work with the aquatic treadmill, and endless pool. Dogs who participate in the program have bravely served as part of our military or police force. The best part of Vets for Vets is to give back to the dogs and help make their lives more comfortable.
Posted by CVM at 10:48 AM

Thank you to all of our visitors who joined us, and a big round of applause for our amazing MSU-CVM students, clinicians, and staff who all worked together to make this year's event a great success!