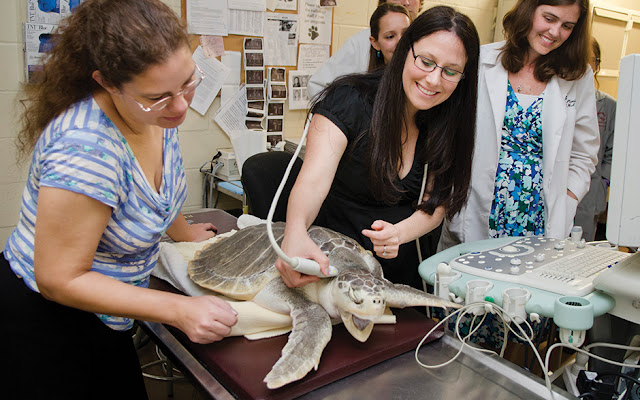 They called him Bubba. Actually, they call many of them Bubba. No one really knows why. Something about the earnest expressions on the sea turtles’ faces just seems to earn that name from veterinarians overseeing their care.

This particular Bubba swallowed a fisherman’s hook and was dragged 30 feet up a Gulf Coast pier. The trauma caused serious damage to his esophagus and kicked off a years-long rehabilitation effort.

“You can imagine the shape he must have been in,” said Dr. Jennifer Gambino, an assistant professor in Mississippi State’s College of Veterinary Medicine. “Thirty pounds of juvenile sea turtle being pulled up a pier on a hook causes a lot of internal damage to the animal.”  ...read more...
Posted by CVM at 9:05 AM

Animal rescue flights was contacted by the Westchester SPCA that there were five Chi Mixed puppies down south Mississippi at Homeward Bound an organization which was able to rescue these puppies from a very bad scene. The transport began yesterday with a pilot who picked up the five puppies in Mississippi and flew them to Tennessee.  Read More