By Bonnie Coblentz
MSU Ag Communications
MISSISSIPPI STATE – With specialized training and equipment and several years of experience behind them, a team of Mississippi State University veterinarians are ready to use interventional radiology to aid patients suffering from some difficult-to-treat conditions. more
Posted by CVM at 10:59 AM

CVM Employee of the Month 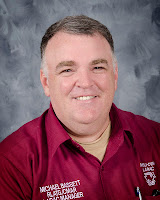 Congratulations to Michael Bassett, CVM’s May Employee of the Month!
If there’s such a thing as “founding staff” at the CVM, Michael Bassett would be in that group.  At the CVM since 1983 (with just one small interruption of four years), Michael has always been ready and willing to help just about anyone with just about anything.  As manager of LARAC, he supervises the day to day operations of the animal care group, but his role also finds him doing lots of problem solving and unusual duties.  “I like to be able to help the faculty out and solve problems for them, and I’m glad to try to lead my staff in a positive direction,” he says.  Michael and his wife Becky have two children (Presley, 7 and Hatcher, 6 weeks) and a yellow lab named River.  In his spare time, he likes to do the “usual Southern things:” hunting, fishing, working outside, and playing softball with his daughter.
Posted by CVM at 10:19 AM 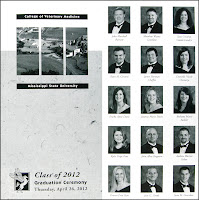 If you would like to order photos from the 2012 graduation events or portraits from the program, please visit: http://cvm-photo-services.photoreflect.com